Do some research first in order to help choose an author.  Seriously...it will help you!

Get excited and have fun.  Choose someone awesome! 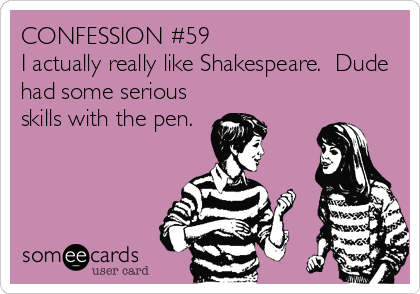 Picking an author is fun! 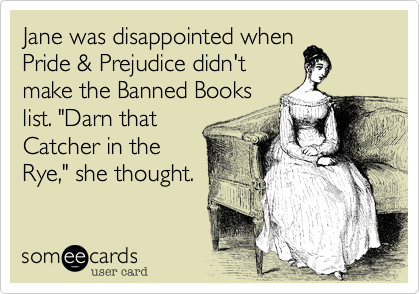 1. William Shakespeare: You’ve read Romeo and Juliet and Macbeth, now sink your teeth into Hamlet, King Lear, or Othello. Or how about a comedy like Taming of the Shrew?
2. Samuel Taylor Coleridge: brilliant poet, plagiarist, or opium addict? Or all three?
3. William Wordsworth: poet of nature and early environmentalist.
4. Oscar Wilde: brilliant thinker, novelist, and playwright or the perpetrator of "gross indecencies"?
5. Geoffrey Chaucer, author of The Canterbury Tales: explore a new tale or dig deeper into one we studied.

6. John Donne, aka. “Mad Jack”: from womanizer to Episcopal priest.
7. Lord Byron: 19th century poet and ladies' man--"mad, bad, and dangerous to know."
8. Emily Bronte, author of Wuthering Heights: a gothic novel featuring intense passion, ghosts and demons, dogs, windy moors, nightmares, and a hero/villain named Heathcliff.
9. Strange laughter, locked doors, a mysterious Mr. Rochester, and a gypsy telling fortunes ultimately lead to romance for a modest, yet spunky governess. "Dear Reader, I married him," writes Charlotte Bronte in Jane Eyre.
10. "It is a truth universally acknowledged, that a single man in possession of a good fortune, must be in want of a wife," opens Jane Austen's Pride and Prejudice. Austen is also author of Sense and Sensibility and Emma (the novel on which “Clueless” was based)

11. Lewis Carroll: Brilliant, bizarre creator of "The Jabberwocky" and Alice in Wonderland.
12. Elizabeth Barrett Browning: creator of the famous lines of poetry, "How do I love thee, let me count the ways."
13. William Blake: Visionary poet and artist, famous for claiming to converse with God, angels, and people long dead.
14. Robert Louis Stevenson, author of The Strange Case of Dr. Jekyll and Mr. Hyde, a book about the first attempt at genetic engineering.
15. Charles Dickens: prolific Victorian novelist who spent a portion of his childhood living with his parents in a debtors' prison. Great Expectations, A Tale of Two Cities, David Copperfield, and Hard Times are some of his well-known novels.

21. William Golding -- 20th century author of Lord of the Flies and The Spire.
22. Christopher Marlowe: an English playwright and poet who lived in Shakespeare's shadow. The Tragical History of Dr. Faustus is his famous work.
23. Evelyn Waugh: important 20th century satirist and comic novelist.
24. D.H. Lawrence: a man who had issues with his mother and thereby every woman he met.
25. Virginia Woolf: an important 20th century writer interested in women's issues. Her life and work inspired The Hours (both the book and the movie).

26. George Eliot: find out the real identity of this author and read Silas Marner or Middlemarch.
27. Thomas Hardy, author of Far From the Madding Crowd, and other soap-opera-like books.
28. Joseph Conrad: discover his Heart of Darkness.
29. E.M. Forster, author of Howard's End and A Passage to India: an esteemed member of the Bloomsbury Group.
30. Seamus Heaney: you enjoyed his translation of Beowulf, now read original poetry by this Irish bard.

31. James Joyce, the Irish author who wrote Finnegan's Wake and Dubliners: scholars agree, "Joyce's facility with language equals that of William Shakespeare and John Milton."
32. Muriel Spark, author of The Prime of Miss Jane Brodie, a novel about an all-girls' school in Edinburgh, Scotland, the hometown of Ms. Spark.
33. George Bernard Shaw: "He is a perpetual protester against orthodoxies of all sorts," said one critic of this nineteenth century Irish playwright whose most famous work was Pygmalion.
34. Margaret Atwood, considered a contemporary English novelist (though she lives in Canada) and a “scintillating wordsmith, ” writes primarily about women’s issues. Read her dystopian novel, The Handmaid’s Tale, or Cat’s Eye, a novel whose troubled protagonist is a successful artist whose adult life has been adversely affected by memories of her teenage years and the girlfriends she had then.
35. Nadine Gordimer: The daughter of Jewish immigrants from London, this South African author and 1991 Nobel Prize winner for literature presents a contemporary look at Anglo-Arab relations in the modern world in her novel titled The Pickup.

36. Ian McEwan, 21st century author of Atonement and Saturday. Weigh in on the discussion of whether or not he is one of the most brilliant writers of our day.
37. Sir Thomas Malory: Delve into his version of the tales and adventures of King Arthur and the Knights of the Round Table.38. Ann Radcliffe, the first female gothic novelist: Read about maidens in nightgowns escaping from hooded villains, exploring subterranean passages, and being rescued –not by the hero, who is invariably locked up in some dungeon – but by her own courage and ingenuity and a lucky break – usually a locket or a birthmark!
39. Harold Pinter: Winner of the 2005 Nobel Prize for Literature and “Britain’s most significant playwright since Bernard Shaw.” The Caretaker, The Birthday Party and The Homecoming are a few of his most famous.
40. Fay Weldon, contemporary novelist known for satire with a strong feminist twist. Read the ultimate subversion of the fairytale formula – The Life and Loves of a She-Devil.

41. Rudyard Kipling, poet and novelist best known for The Jungle Book.
42. Katherine Mansfield: “New Zealand’s most famous writer … [Her] creative years were burdened with loneliness, illness, jealousy, alienation – all this reflected in her work with the bitter depiction of marital and family relationships of her middle class characters.”
43. Beatrix Potter, author and illustrator of the beloved Peter Rabbit series.
44. Jonathan Swift: Born in Ireland to English parents in the latter half of the 17th century, this satirist wrote prose and poetry that “shock[s] us with its hard look at the facts of life and the body.” Gulliver’s Travels is his most widely read work.
45. Alexander Pope: Tuberculosis of the spine in his childhood dwarfed and crippled this English poet and satirist (and pal of Jonathan Swift); to make matters worse, he was a Catholic living in Protestant England during a time when blatant intolerance of Roman Catholics predominated. His determination to educate himself led to his being one of the most famous (and feared) English satirists. He once wrote about himself in a poem: “Yes, I am proud; I must be proud to see / Men not afraid of God, afraid of me.” His mock epic, “The Rape of the Lock,” is both fun and shocking.

46. Doris Lessing, winner of the Noble Prize for Literature in 2007. Her contemporary novels explore the process of self-realization. The Golden Notebook and The Fifth Child are among a vast body of work.
47. Bernard MacLaverty, a contemporary Irish writer who, in his novel Cal, tells the story of Cal, a young Irish man involved in the IRA. This novel has everything from violence to love to politics.

Citing your sources doesn't have to be hard. Just remember to get the information while you are in the source!

New way to cite in all formats! To make an account: -Click on Register -For Library Username type 7hills -For Library Password type stingers -Press Continue to create a personal account -Start a new project and start citing! Hint #1: Do not use the Noodletools App. Use the link to Noodletools on the web Hint #2: For the citation "level," we recommend "starter" for middle school and "junior" for upper school.